Pro Evolution Soccer 2014 World Challenge is an Arcade, Simulation, and Sports game for PC published by Konami in 2013. One of the most famous football games ever!

n single play, the player can choose from the full range of selectable teams and pit them against each other with unchanged stats. The teams can either be taken over by the computer or by human opponents. 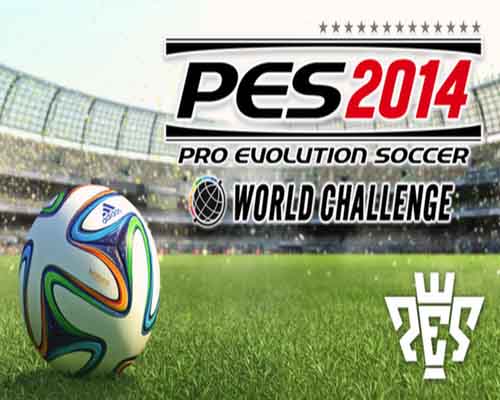 Pro Evolution Soccer 2014 was developed with six key elements meant to define the physics and the features of the game. PES 2014 centers everything on the ball: how it moves, and how players use it. Physics of the ball, stature of the player, speed and height of the pass are taken into account to recreate the most realistic football experience on a home system.

Players are an important part of the game with Motion Animation Stability System (M.A.S.S.), increasing the realism of physical contacts between players, tackles and decisions taken on the pitch by the AI to have more open games. The audience has an influence on the performance of the team. On the pitch, the performance of an individual player, good or bad, will also have an effect on the team, giving them a moral boost if he has a moment of individual brilliance; or forcing his teammates to support him if he is not doing well.