Political Animals is a Simulation and Strategy game for PC published by Positech Games in 2016. The world of animals needs to be controlled.

The crocodiles and the mice are have formed the most population in the cities. You’re free to choose one side to collect votes in this world. 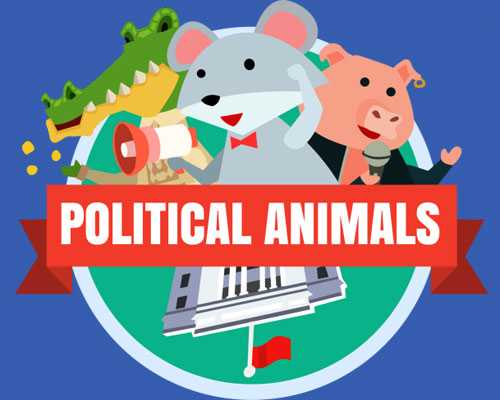 If you want to become a popular person around the world, You need to do lots of beneficial stuffs for the people. Remember that there are some ways that you can cheat too! You can buy votes by spending lots of money in some of the cities. Political Animals is fully based on the realities of the political society in the real world. The developers have made the rules much simpler for the players to be enjoyable. You need to learn these rules at first to stay away from the risks.

First of all, You need to choose a candidate in Political Animals. Then, You can travel to the cities to collect new adherents. This simulation game includes eight detailed maps with lots of states inside. You have to tell about your opinions about the future government for the people. If they become excited in your speech, You will have their votes in the election. But your speech won’t be enough to get their votes. They need something more than that like spending money!

There will be many opponents that want to beat you in the election. You can see information about them in their descriptions. Political Animals also has some political events which are really important for the candidates.