Pineview Drive Homeless is an Action and Adventure game for PC published by SilentFuture in 2019. A nightmare starts and you have to escape!

You are going to play as Miles Roberts, a former Army soldier, who visits an old estate at them bottom of Pineview Drive, and from then a nightmare starts. 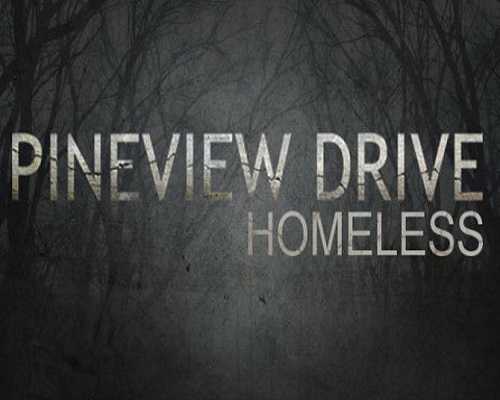 Pineview Drive – Homeless is a direct sequel to the game Pineview Drive.
It offers an exciting mix of adventure and psychological horror. Story – The former Army soldier Miles Roberts wanders one night along the coast as a thunderstorm came up. For protection from the weather, he is looking for a place to sleep for the night.

Almost as if summoned, he finds The old abandoned country house at the end of Pineview Drive. Without knowing what awaits him there that night, he enters the house. From here begins his biggest nightmare when trying to leave the house alive again. Pineview Drive – Homeless gives a deeper insight into the dark history of the old estate.

Not the best graphics, but we love the lighting effects, most notably the lightning and the reflections. The flashlight almost seems to project it’s light in front of or apart from the source if that makes sense. This game is one that relies heavily on psychological terror in the beginning, in that, nothing much is actually happening, but the atmosphere is freaking you out…and then it gets more terrifying as the game moves along to new corridors and rooms in the mansion.