Pawn of the Dead is an Action, Adventure, and Casual game for PC published by Giant Fox Studios in 2021. Let’s get to the details!

For those who do not like to read long; We can say that it is an enjoyable game for people who are interested in playing chess and we recommend it. 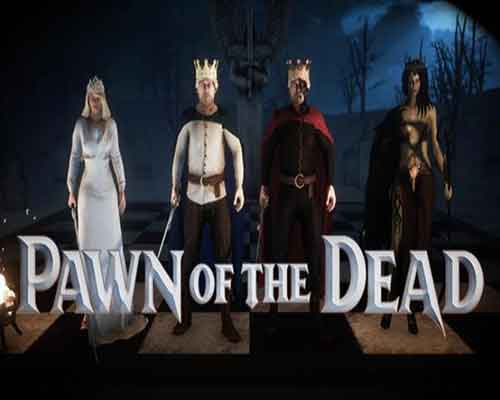 Potd is a nice game in our opinion. It makes sense to combine the classic game of chess with a story. There are some changes in terms of gameplay, of course, compared to classical chess. As the name of the game suggests, there is the issue of the walking dead. The only thing we want to talk about the gameplay is that we can break the rules of chess in games we play with the opposing king. Normally those who play chess know better, when the opponent has only his king left, the other side pulls out. So it doesn’t make much sense to just move the king. We think it can be studied on this subject.

We didn’t go too far as a story. But the storytelling sounds good. There seems to be something behind it, we can edit it when we finish the game. We think the voices of the game are very nice. Looks like a AAA game voiceover. We liked it very much. We haven’t tried other modes of the game yet. The last thing we want to say is, we wish there were more difficult and few comparisons. Maybe this will happen when you increase the difficulty of the game, but it seemed to us that it would be better if it was edited like this.

Features of Pawn of the Dead:

0 Comments ON " Pawn of the Dead PC Game Free Download "