Painkiller Overdose is an Action, Adventure, and Shooter game for PC published by Deep Silver in 2007. A fundamentally new weapon!

Having created the gorgeous meat shooter Painkiller and the exemplary Battle Out of Hell expansion, the Poles from People Can Fly decided to switch to other projects. 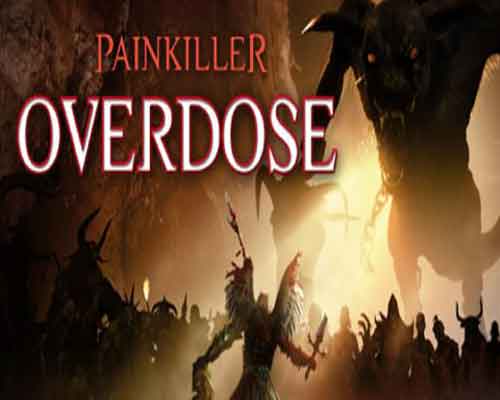 Naturally, the publisher and part-time owner of the trademark rights did not share such plans. The series was at its peak and many fans were waiting for a sequel. By the way, the bosses of the publishing house turned up a team of talented modders who pored over a modification called Project Overdose. The bosses appreciated the idea, and Mindware Studios received the budget and began work on a full-blown commercial add-on, now known as Painkiller Overdose.

Daniel Garner’s story has come to an end, meet a new hero – half-demon-half-angel Belial. The fruit of an unnatural union, Belial became the owner of incredible abilities. Not belonging to any of the camps, he posed a danger to both Heaven and Hell, so they conspired to remove him from the chessboard. Under the supervision of the Archangel Samael, Cerberus sent by Lucifer defeated the half-breed.

For the third time, we get a completely meager story, suitable only to justify many hours of bloody intoxication. With the claims, everything is clear – outrageous simplicity and the absence of intelligible lore. And how glad I am to the one and only no, which somehow dilutes the overdose scenario gloom.