Orange Cast Sci Fi Space Action is an Action, Adventure, and Sci-Fi game for PC published by Valkyrie Initiative in 2021.

This is a third-person shooter set in a sci-fi universe far in the future. Thanks to the discovery of a new fuel source, humanity managed to colonize multiple solar systems. 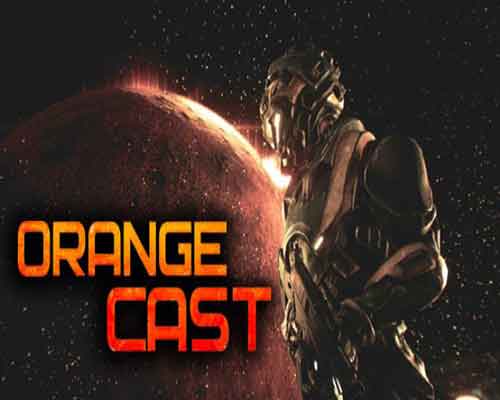 OCA does a solid job in depicting a universe that truly feels alien, mysterious and unpredictable. From distant planets lush with extravagant flora and fauna to war-torn space outposts and cities, there is always a good sense of discovery in each location. The game also uses indirect narration in some extent, to outline details about each location (such as ruins and other objects of the environment) – from which players can make their own conclusions and suppositions. A special mention is deserved for cutscenes, which are quite spectacular and decently directed.
Despite being a linear shooter this title does, to some extent, integrate side content in certain missions. For instance, helping out an engineer in need could result in an experimental weapon as reward. There are similar side-quests and puzzles from time to time, which reward weapons, achievements or Easter eggs. The weapons obtained by such actions can be used in all future missions, some of them being extremely useful and different from one another. A much needed touch of variety to spice up the linear main story.
The storyline of OCA is really daring in terms of topics it mixes up. From galaxy-spanning feuds between mega corporations, to ancient civilizations and even astral mind travels, there is a LOT going on. At times, the locations and more so the situations will seem more of an acid trip than anything else. Those who fancy mind-bending, complex narratives with a lot of implied meanings, indirect narrative will be right at home with Orange Cast. If anything, we applaud the writers for the guts.