Onion Force is an Action, Adventure and Strategy game for PC published by Double Plus Good Games in 2016. Rescue the last king!

All of the kings are dead except one of them. Your duty is to save his life from doom. The enemies are trying to attack your king with hundreds of forces. 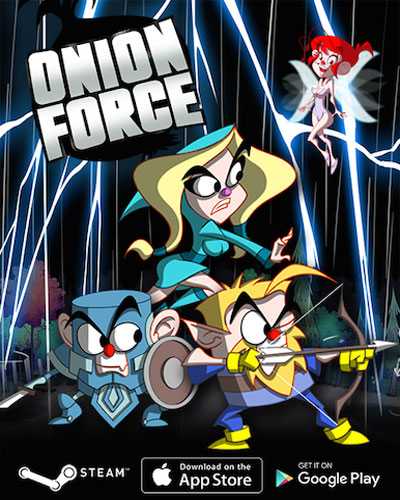 The player needs to choose a character at first to train him/her. Then, You should get a weapon to be able to face the enemies. In the primary levels, There won’t be any enemy with super powers. If you pay a little bit more attention, It’s so easy to win these levels. Remember that your character’s skills will be on their lowest level too. The more enemies you defeat, The higher scores you earn. In that case, You can go to the store to upgrade your hero’s abilities.

Your character’s abilities aren’t enough to win the fights. There are extra powers which are limited. Each ability or power can be upgraded too. Your focus should be on upgrading your skills as fast as you can. Because the number of enemies will get increased in the higher levels. They will also become more powerful with high health points. In some cases, The player has to defend at Onion Force. Actually, This game is mixed of offensive and defensive tactics.

There are different types of characters that you can choose as your main character in the future. Before you change the character, It’s good to know about the other ones as well. Because they may not be the best choices.