Nowhere Patrol is an Action game for PC published by Slugsoft in 2018. Expect nothing but boss battles, and lots of deaths!

In this game you follow the members of Nowhere Patrol as they exterminate monsters in a castle. The monsters were awakened by something strange which isn’t too friendly. 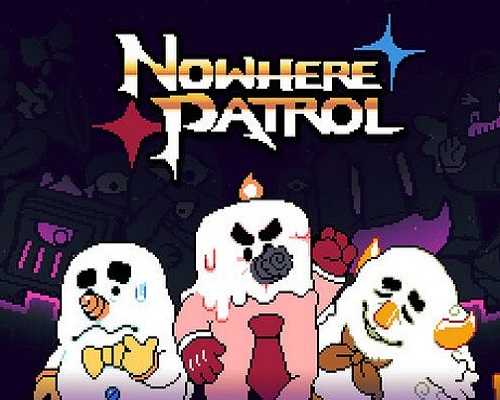 Nowhere Patrol is a boss rush game with bullet hell and platforming elements. Inspired by classic action arcade games with its steep difficulty curve and non-stop action. The game is a true boss rush.

The game is basically a bullet hell game, but instead of flying around, you’re running, gunning and jumping on platforms. Unlike a lot of bullet hell shooters, where you have to make your way through a whole level to get to the real content, the boss, this game takes you right to the boss fight. And if you die fighting the boss? No worries. You come back right away for another try. You might have to restart the fight, but you’re not losing lives and restarting the whole game or anything.

It’s a real challenge to begin with, but as you play, you start to learn the patterns each boss has and you get pretty good at it. It makes you feel really good. It might mean that once you’ve gotten the hang of every boss, you can race through the game, but there are other challenges than just a charging through the bosses. There are things to unlock, records to set, and bonus phases to unlock in each fight.