Morphopolis is an Adventure and Casual game for PC published by Dan Walters in 2014. Be charmed by the story of a cute little beetle guy.

Lose yourself in the mesmerizing, fantastical world of Morphopolis, a game about transformation and discovery. 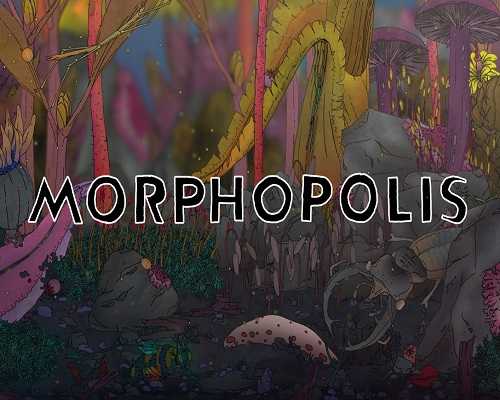 Morphopolis takes you through a lucid insect world in a puzzle adventure that will stick with you for years. You take on the role of an aphid grub and guide him through several stages of metamorphosis, as he journeys for his spawning ground deep within the insect microcosm. Discover hidden secrets as you journey deeper and deeper into the game world.

Winner of the Association of Illustrators Award, Morphopolis features 100% hand-drawn art and animation. Its soundtrack was composed by well-known British composer Thom Robson with the aim of captivating and immersing the player as he or she takes their time to solve puzzles and enjoy the organic world of Morphopolis. We are very grateful for all the encouragement we have and during the production of this game and we hope you enjoy playing Morphopolis as much as we did making it.

This game is more of a visual delight than anything else. The soundtrack consists of a very small selection of maybe two songs. You play as different kinds of insects on their way to the next evolutionary step, having to gather a lot of things in order to progress. The game also presents you with a series of puzzles that increase difficulty with each level. Overall a nice little game, especially for how short it is.