Mini Metal is an Action and Casual game for PC published by Luandun Games Pte Ltd in 2016. Control your own tank on the battlefield.

The enemies are getting powerful than before. Their number is getting increased too. The only one who can defeat all of them, Is you. 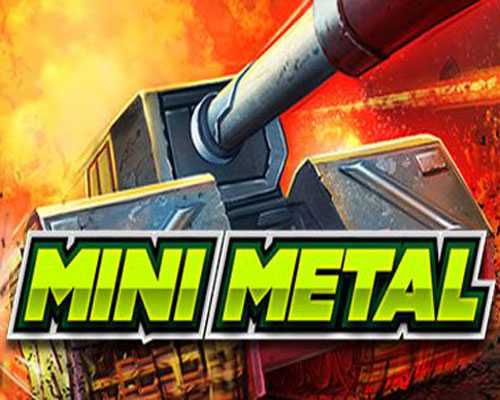 So, Prepare your tank to face lots of enemy forces. Each level, Some missions will be given for the players. When you complete any of them, You get the reward that you were expecting. There are three arenas in Mini Metal that you will experience the battles in them. You won’t have the permission to access all of them at first. When you finish all of the levels in an arena, The next arena will be unlocked. These battlefields has more than twenty types of enemies such as tanks inside.

You can change your tank in Mini Metal too. But you need to earn enough money in the fights to get a new model. All of the tanks can be customized on the store. When you customize a tank, It can do much better in the battles at this game. Weapon system is the most important thing when you’re customizing a tank. You should pick the most powerful weapons for your tank to succeed in the wars. Otherwise, You will get destroyed by the other tanks.

There are some achievements in Mini Metal that can be collected by the players. These achievements can’t be used in the fights but they will turn you into an honorable tank rider!