METAGAL is an Action and Platformer game for PC published by RetroRevolution in 2016. Help a cyborg girl named Meta on her adventures.

Your friends are kidnapped by the evil leader of an army named Dr Ray. You have to defeat all of his forces to rescue your lovely friends. 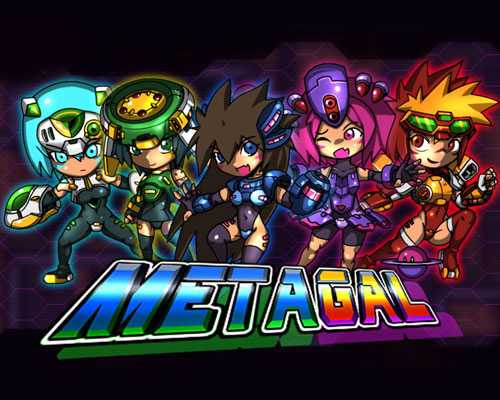 Your character needs to be prepared for battles at the first level of this game. When you save a friend at METAGAL, You can copy him/his abilities! So, You will get lots of new abilities within some levels. Remember that most of their abilities aren’t so much good. Before you copy an ability, It’s good to read about it in its description. There are eight levels in total for this action platformer game. So, You can get eight new skills to be more powerful than before.

This game also includes thirty types of enemy characters. Each one can be really dangerous for Meta. You should improve your skills in fighting to save Meta’s life from these dangers. Each skill can be upgraded to the higher levels by earning scores. The only way to defeat all of the enemies, Is upgrading your skills. There are some secret items at METAGAL that can be used for upgrades too. It’s not easy to find them but they’re really useful in customization.

This game has simple graphics but the gameplay is really addictive. If you like old-school games with such graphics, METAGAL is a great title for you. Because it has positive reviews on Steam Network.