Making History The First World War is an Action, Strategy, and Simulation game for PC published by Factus Games in 2021.

A classic making history, the changes are minor, but the game is already just fun. The core gameplay of the MH series is the same. 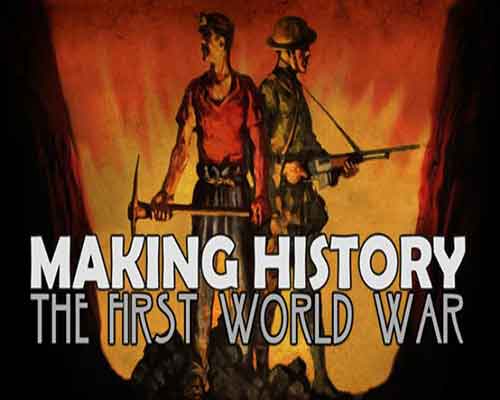 The game runs smoothly, details and graphics have been improved, and new units and regions have been added. At present, there are multiple events popping up in each round of the script, and the art style is richer. The gameplay is similar to the previous generation, and there is no essential difference from the third generation. The offensive and defensive attributes of the arms have been further balanced, and we look forward to the release of 64-bit upgrades and more scripts.
Very good strategy game over the period 14-18 for a very correct price of approximately 16-17 euros in early access, the developers are making regular updates, at the moment we are talking about the game has 2 scenarios including 1 third in development: 1. 1914 WWI 2. 1912 Balkan Wars 3. Russian Civil War.

The game still lacks diversity in terms of events and possibilities but the game is still in full development, and yet it is already possible to create a Scandinavian empire, to reform the united provinces with the Netherlands and only personal experiences.