Kunoichi Tsubaki is a RPG game for PC published by DLsite.com in 2018. Be a ray of light that strikes through the darkness!

As the only people with the strength to resist the warlords of darkness, a special group of women, shrouded in secrecy, and known as “Kunoichi” who are creatures of darkness too. 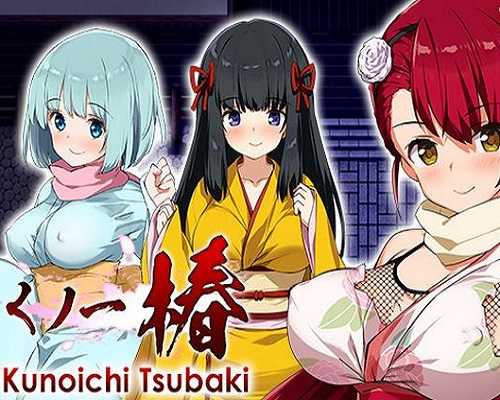 In Japan’s Warring States period, demons known as “warlords” run rampant, as they feed on the malice of humanity. The people cower in fear at the warlords’ oppression, and impotently accept their subjugation. But there is one ray of light that strikes through the darkness. The only people with the strength to resist the warlords, are a special group of women, shrouded in secrecy. They are known only as: “Kunoichi” and they, too, are creatures of darkness.

Concept: In order to punish the oppressive warlords, first investigate the town by day, disguised as a maid. Then, use your ninja skills to sneak into their castle at night, and vanquish the enemy! – Charm: Use your alluring powers of temptation to extract information! Charm your enemies by approaching them in disguise!