Krampus is Home is an Action and Adventure game for PC published by Regl Studios in 2019. The journey of a young boy, trying to escape an evil!

You are going to play as Sebastian, a young boy waiting for his parents to get back home. But he will in front an evil beforehand. 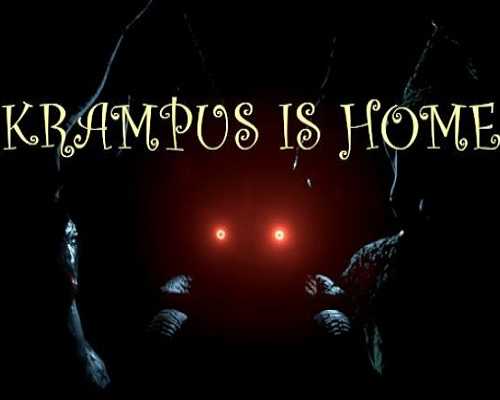 Inspired from Central European folklore, Krampus is an ancient creature who punishes children who have misbehaved during the Christmas season. This game is about survival, you can be stealthy, you can also run away or defend yourself from some enemies. The enemies have been developed with advanced artificial intelligence, thus they are very unpredictable. This game has a story mode and then a survival mode that unlocks once the story mode is completed.

Overall the game is entertaining and it provides a series of jumpscares that rival all other jumpscares you might have experienced in recent memory. The ‘Emily Wants to Play’ mechanic of creatures roaming around each with their own quirks is becoming a little overused, and this game is no exception. Basically you have to avoid the three enemies until a predetermined amount of time.

the game goes from a collection horror game to avoid two different monsters to a survival until a certain time horror game with 3 roaming monster as far as we know. According to the description of why it is in early access is that the story is not fully completed only about 80% done so hopeflly the story gets a bit more substance. But you will have fun playing it.

Features of Krampus is Home: