KILL la KILL IF is an Action game for PC published by Arc System Works in 2019. A game which used to be an anime at first!

An anime which became a game. just like its anime, you will be standing aganist your enemies to destroy them. 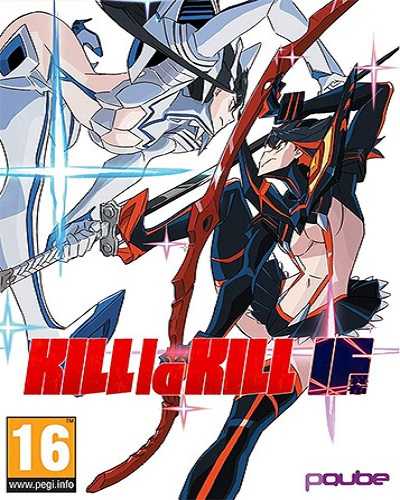 The critically acclaimed 2013 anime title that shook the streets of Honnou City, ‘KILL la KILL’ finally makes a comeback as an action fighting game! Play as Satsuki Kiryuin, Ryuko Matoi, and more, and indulge in the alternate story that will draw you deeper into the vivid and action filled world of ‘KILL la KILL‘.

“KILL la KILL” is an original television animation made by Studio TRIGGER, under the talented hands of the creator of “Gurren Lagann”, Hiroyuki Imaishi, and the scenario writer, Kazuki Nakashima. In pursuit of the truth behind her father’s death – “the wielder of the Scissor Blade”, Ryuko Matoi enrolls into the Honnouji Academy. In Honnouji Academy, there exists a special uniform, the “Goku Uniform”, said to bestow special powers upon those who wear it. And the Student President, Satsuki Kiryuin, has absolute authority over the entire Academy with its powers.

Satsuki, who claims to know of “the wielder of the Scissor Blade”. Ryuko presses on to seek information from her, and this is when fate encounters. The saga that wreaked havoc onto the Academy, is now spreading to engulf everything!

Features of KILL la KILL IF: