Jetborne Racing is an Action, Racing, and Simulation game for PC published by Boundless Dynamics, LLC in 2021.

If you have any experience in simulators, then you can start playing very quickly, the controls are quite minimalistic, in fact only the axes (roll, pitch, yaw, thrust, and air brake) and one button. 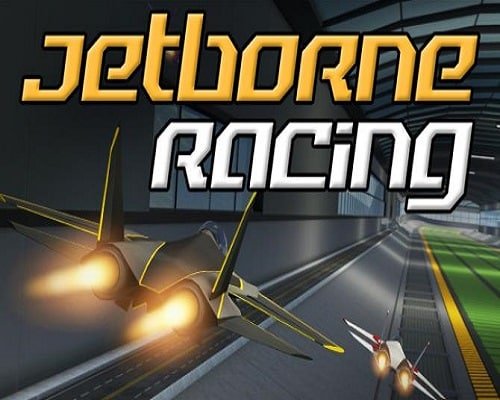 However, the game cannot be called a casual game, the plane flies convincingly, and you have to try to fit into the turns without hitting the wall or knocking the plane down. You can control the VR controllers, but we have not tried it, because there is a full-fledged setup for flight sims, why bother? It seems that you can’t fly on the keyboard and mouse, and you won’t be able to fly on them either, you need to control it accurately and all five axes are involved almost simultaneously.

There is both a single-mode (“shadow boxing” with a global table of records) and multiplayer (with a voice chat even), where a bunch of different power-ups and weapons are added, and where bored spectators with machine guns can knock you down. But in MP we have flown a little so far, we still don’t want to embarrass ourselves, we have to train, the tracks here cannot be walked with dignity right away.

Of the minuses, we want to note the rather budgetary graphics (hello from 2005) and the inability to adjust the curves on the axes, the plane is very playful in roll, and the ability to smooth out the reaction near the zero position is not enough. There are few tracks, but we think over time this deficiency will be corrected.