Ittle Dew 2 is an Action, Adventure and RPG game for PC published by Nicalis Inc in 2016. You’re trapped in an island with Ittle and Tippsie.

This island is full of loots, mysteries and challenging puzzles. There are also dangerous enemies in this place too! So, You should be careful. 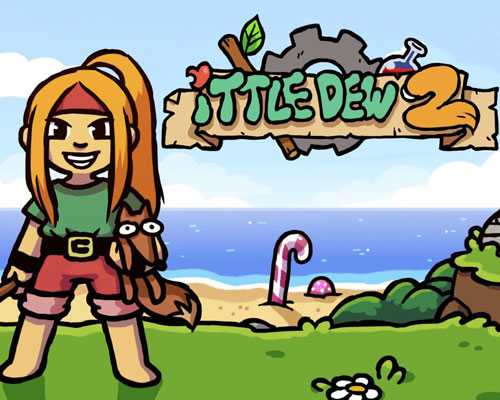 There is only one way to get out of this island. You need to collect eight peaces of a boat to find a way out. Collecting the peaces of the boat is the last chance for you and your friend. So, All of the peaces should be collected in the right time in Ittle Dew 2. While you’re searching the areas for those peaces, You also have to face the enemies such as wild animals on this island. If you want to complete the levels fast, You can get away from the enemies to guarantee your safety.

But sometimes the only way to pass a level is to fight them in the environments. As you’re new in this island, There are lots of hidden areas that haven’t been discovered. New areas may includes lots of valuable things like treasures. If you want to reach high scores in Ittle Dew 2, It’s better to discover all of the environments carefully. This game also includes some challenging puzzles. Solving the puzzles will help you find the right way on your journey.

The first version of this Action RPG game has published on 2013. As it was a great success for the developers, They have made the second version for the fans after three years. Its good to know that Ittle Dew 2 has got positive reviews on Steam.