Hot & Steamy Knights is a Casual game for PC published by Cherry Kiss Games in 2019. Create yourself a harm with hot girls!

The protagonist will find himself in a island with the aim of making himself a harem. 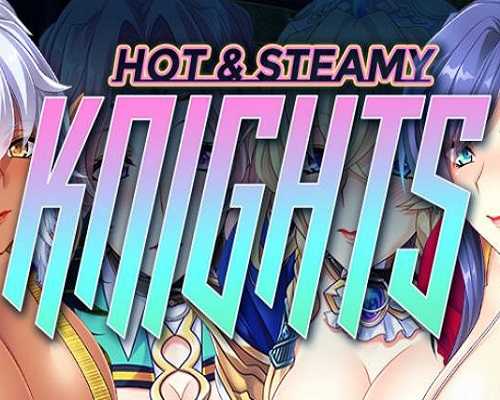 The call of adventure (or “the urge to meet hot babes”) burns brightly in our hero’s heart as he sets out to sea to explore distant lands! He quickly finds himself in danger as his ship is sunk by some sort of sea monster… Luck is on his side however, as he is washed up on an island where he quickly encounters some beautiful warriors who made short work of the beast that sunk his ship. So begins our hero’s plan to spend some hot and steamy nights with these busty mature knights!

Hot & Steamy Knights is the English localization of a Visual Novel originally created by prolific Japanese developer Norn/Miel. We at Cherry Kiss aim to provide an authentic Japanese Visual Novel experience to gamers outside of Japan.

The developers describe the content like this: – Large portions of the game include nudity and graphic descriptions of sexual activities. – The game contains sexual intercourse involving a virgin female and some blood is visible in these scenes. – All female characters will unavoidably become pregnant by the end of the game, and will have intercourse while pregnant. – Due to the game’s setting, some sexual encounters contain dubious consent. – Some scenes see the characters engage is pet/slave play where they willingly engage in humiliating sexual acts.