Holy Potatoes A Spy Story is a Casual, Simulation, and Strategy game for PC published by Daedalic Entertainment in 2019. The sweet tubers are back!

As the potato twins Ren and Rexa, you run an espionage agency and manage your very own secret agent headquarters. Hire spies (such as Jason Pont, widely known as Agent 700), train their skills, fulfill more (or less) important assignments, embark on secret missions. 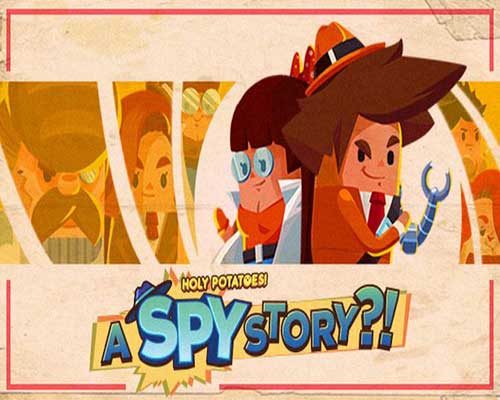 The plot presents itself, like the previous series, as a loosely flippant and funny story full of sympathetic and funny characters. The extremely entertaining dialogues are bursting with puns and play on words. Easter eggs and references to film, pop culture and video games can be found in every nook and cranny of the game. It goes without saying that you can’t expect the level of a NYT bestseller novel here.

Gameplay: As soon as we have put into practice our plan to open a spy agency, we go to work. The introduction to the action also acts as a guide and does its job well, bringing the game’s functions closer to the player. We can check applications via the barracks and hire agents who each come with one of four possible character classes (fighter, thief, charmer and analyst) and specified values ​​in the associated properties. In funny training stations that have to be built first, these property values ​​can and should be properly polished up in the future.