Five Nations is an Action, Adventure, and Strategy game for PC published by SilverForge in 2021. Space, and in it there is a war of five nations, humanity and four alien races!

A sudden, new game in a genre that hasn’t received good additions for a long time. Big campaign. Random cards. Creation of levels. Lots of ships. 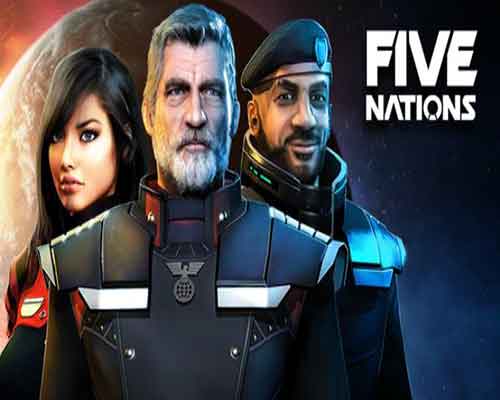 The game features a lot of types of resources, a lot of various buildings and ships. Quite an interesting and complicated system of the economy – we liked the barges that carry ore from the storage facilities near the asteroid fields to the main base. Many types of ships. From agile fighters to heavily armored and long-range missile carriers.

Some ships find invisible units, some can carry smaller ships, some cannot be hit with a rocket due to their mobility, in general, the range of use of combat units is quite large. Different ships even fly differently. Fighters easily maneuver among asteroids, and a large spacecraft will have to find a clear path. There is also a system of qualitative improvement of ships within the mission.

The plot tasks seemed to us personally rather difficult and intense. Enemy AI, even on easy difficulty, attacks in a varied and unpleasant manner, looks for weak points in the defense, and hits them directly, you have to take into account different scenarios for the development of events. Losing the economy is easy. This, in fact, is one of the reasons why we did not delve into the game much – it is difficult.