Fission Superstar X is an Action and RPG game for PC published by Turbo Pelvis 3000 inc. in 2019. How cool is it to blast everywhere?

A rogue-lite shooter game where you are going to control a bomber and blast everything. 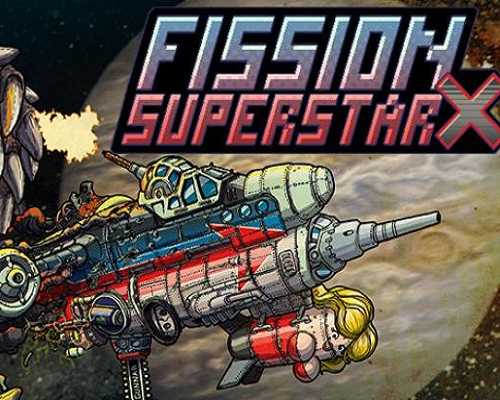 Experience a weird, relentless solar tour in this randomly generated space rogue-lite. Travel from Planet X to Earth while fending off endless waves of attackers. What is the payload? A “superstar” nuclear bomb. What is the mission? To make her famous! Does it makes sense? Ask the “scientist” who built that thing!

While working on his latest nuclear bomb, Dr. Leopold had a revelation. He wasn’t creating a weapon of mass destruction; he was creating a nuclear superstar! Was it the radiation sickness or was Leopold always insane like this? Who knows and who cares? Now you must do his bidding and tour the solar system with Celine, his dear bomb.

Who would not be thrilled to host the concert of a nuclear bomb under the control of a clearly insane scientist? Everybody it seems, that’s why they are all trying to destroy Leopold’s creation.