ETERNAL BLOOD is an Action, Adventure, and Horror game for PC published by Bloody Pixel in 2021. Lovely atmosphere! 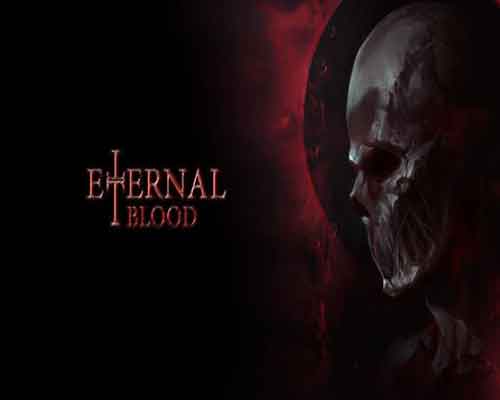 This FPS has five arenas to choose from and 3 types of spells. We will use a regular fireball to pound the demons since the other two spells require recharging and are not very effective. You can also use dash and jump.

We circle around the arena, holding down the light attack button in order to smash as many figures floating in the sky as possible (they constantly appear again). Only for them the game counts the progress of the promotion and increases the difficulty. There is no point in killing simple monsters, it is easier to run away from them, but they are given cumulative achievements for them.

We don’t understand why the progress bar was made so invisible. If you look closely at the emblem in the upper left corner of the screen, you can see how the red circle is filled. Many players do not notice it and think that the gameplay is endless and meaningless. Moreover, the shooting of simple monsters does not fill this scale. The goal is to complete 5 laps = hold out until this scale is filled five times!