Escape from Terror City is an Action, Adventure, and Shooter game for PC published by Renegade Sector Games in 2021.

In ‘Escape from Terror City’, you take control of a purple-haired hero on a quest to destroy a jamming signal and save the galaxy from the ruthless Argus Empire. 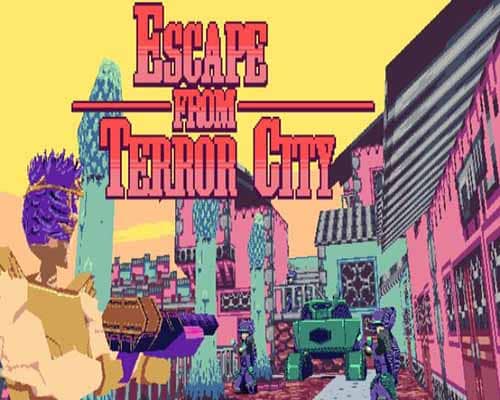 Gameplay takes the form of a 3D run and gun shooter reminiscent of Namco’s Time Crisis but played from a third person perspective, without a light-gun. It’s not quite ‘on-rails’, but movement is limited. Your character can move around each area, in a strafe-like pattern, with only a jump to avoid enemy bullets, which are satisfyingly chunky! At the same time, you control your crosshair to direct your own weapon. Once you defeat a wave of enemies, you move forward to the next area, occasionally, getting to choose from branching pathways.

Features of Escape from Terror City: