Escape Forced Overtime is an Action, Adventure, and Simualtion game for PC published by D.i.D. Games in 2021.

This is a unique bondage-themed game in which the player has to manipulate the body of a tied, attractive office worker in order to get to the stationery knife to free herself from the bonds. 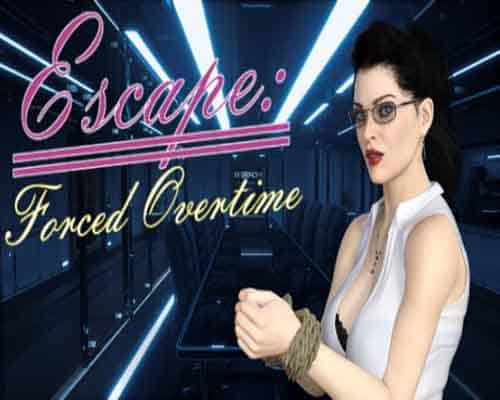 The basis of the gameplay consists in controlling the body of a tied girl: controlling the tilt and turning of the body, tracking the rhythm of actions (the endurance system will not allow you to do many actions in a row), some kind of orientation in space. The goal on most levels is the same – to get to the clerical knife. On the way to the goal, the player will often have to interact with the doors.

Doors can turn out to be both an elementary and difficult obstacle depending on the bondage on the girl. An example of contrast: a girl has only her hands tied, you need to open a wide double door – just walk up to her with your back and voila.