Epic Manager is an Adventure, RPG and Strategy game for PC published by ManaVoid Entertainment Inc in 2016. Control an adventuring agency!

You will lead a group of heroes on their big adventure. First of all, You need to keep them safe against the dangers. Hundreds of enemies are waiting for you. 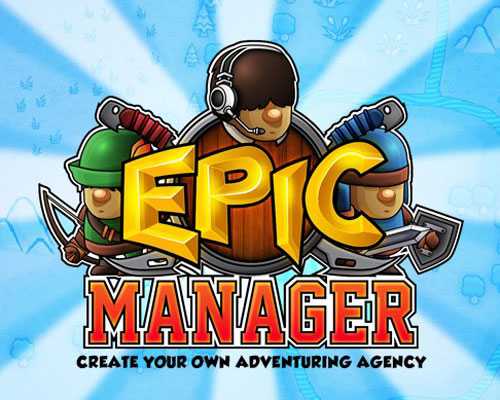 You’re free to choose the characters in the team by yourself. Recruit adventurers, negotiate their contracts, send them out on dangerous quests and reap the rewards should they make it out alive. Expand your Agency, manage your growing resources and best your competitors to become the Epic Manager! Epic Manager is a fresh new take on the Tycoon RPG genre, heavily inspired by classics we all know and love!

The game presents a unique mix of roster management and character progression found in titles like Football Manager or Final Fantasy Tactics, narrative choices & consequences in the beloved tradition of gamebooks series Choose Your Own Adventure, the epic scope of a D&D campaign or a Lord of the Rings novel and the humoristic tone of The Princess Bride, all in one awesome package!

Your goal is to gain the title of Epic Manager by becoming the most famous Adventuring Agency in the vast Realm of Astraeus.