Eleanor 3 is an Adventure and Simulation game for PC published by Lesson of Passion in 2019. Make various decisions in a dating simulator!

You need to make different decisions and execute movements based on a regular plan to put her life on the correct path. 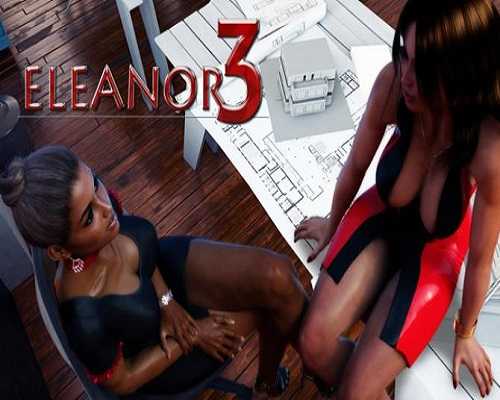 Last time we met Eleanor, she’d moved with her husband Drake to a new city in order to start a new job – her husband had founded an accounting company and she would be… his assistant, jumping on every dick she could see around her. One of those dicks belonged to Don Mario, a local crime boss who fed Eleanor’s immense appetite by letting her dance at his club and have all the sex she wanted. The only catch was, he wanted Eleanor to convince her husband to do more dealings with each other. In other words, Don Mario had dirty money and he intended to launder it through Drake’s company.

When the situation blew up, he framed Drake and it was Eleanor’s husband who was arrested for the crime boss’ sins. Eleanor wasn’t even able to testify to protect him – Don Mario blackmailed her, saying he would reveal all the dirty stuff she had done in his club.  Ashamed, afraid of what might happen if Drake found out, and desperate protect their marriage, Eleanor didn’t take the stand and kept her mouth shut. With no character witnesses to speak on Drake’s behalf, the judge sentenced him to six months with no parole.