DreamBreak is an Action, Adventure and Platformer game for PC published by Digerati Distribution in 2016. Your city is in a bad condition.

This city’s people are suffering from the police forces. The policemen have made the city, A terrible place to live. They abuse their powers! 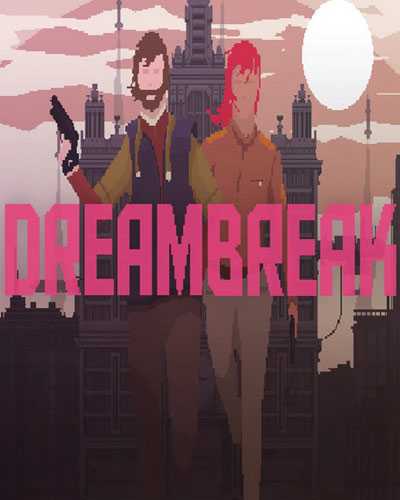 You have the control of a man named Eugene. There is another character that will help him during the game. They want to help us the people against the bad polices. Actually, You can turn into a real hero in the city by rescuing the poor people. As you can see the game’s name, You don’t dream about anything. You just to the thing that you want. That’s why there are lots of dangers which threaten your men. You should always be hidden from the policemen.

So, All of the missions should be done silently too. The polices use powerful security systems to protect their basements. It’s not easy to enter those areas. You should destroy lots of mechanical robots on your way. It’s possible to use special weapons to fight the enemies. Your weapons can also be customized to work better. DreamBreak has multiple endings in the story mode! It depends on your decisions that how the story gets finished at the end.

Although DreamBreak has simple environments, The gameplay is designed wisely. You will have lots of troubles during the missions. You just need to try harder and harder to complete the levels of this action platformer title. It’s time to face the troubles! Don’t be afraid of what will happen.