Drake Hollow is an Action, Adventure, and RPG game for PC published by The Molasses Flood in 2020. Explore and craft!

Drake Hollow is a mix of action, adventure, exploration, and survival. But it is not you who will have to survive, but your wards. 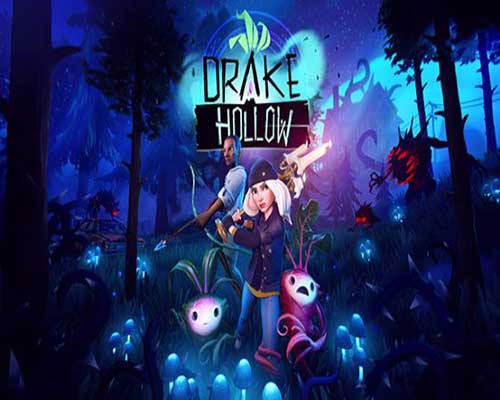 Briefly about the plot, so that without spoilers: you are taken to another world, where you will have to take care of magical creatures – the Mandrake and protect them. At the beginning of the game, you can create a character, although the editor is rather meager, there is little choice. There are battles, gathering resources, crafting, pumping, buildings, camp improvements. The controls are comfortable, the game looks and sounds great. And everything would be gorgeous, but there are a couple of disadvantages to the game.
The first disadvantage is that, although it is indicated that you can play alone, the game is designed to be played in co-op. Playing alone, at some point you will realize that you are not doing absolutely anything. Mandrake people are hungry and thirsty, and they also need to be raised – for all this, you will constantly have to explore locations and look for resources. But the camp is often attacked, so it needs to be defended – and then there is a choice: let the attackers destroy the camp (and the Mandrake) or save them, after which they will starve and starve to death. And yet they need entertainment, and for this they also need resources … In general, one simply cannot cope in the game.