Darksiders II Deathinitive Edition is an Action, Adventure, and RPG game for PC published by THQ Nordic in 2015.

Chronologically, the events of the sequel take place parallel to the events of the original – the War has already arrived on Earth, and the apocalypse has come true, but at the moment the owner of the Chaos Eater is at the Charred Council. 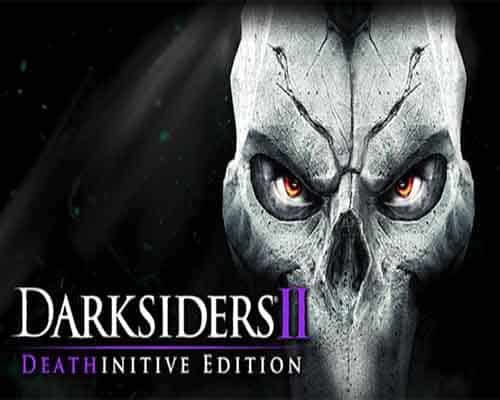 The protagonist of this part is the elder brother of War – Death. Having learned about the fate of his brother, Death is trying to help him and somehow restore balance, and since humanity died as a result of the apocalypse, he set out to revive him.

The plot here turned out to be more interesting than in the first part largely due to the fact that Death is still not as cardboard as the War, and is even capable of joking sometimes, and the story itself turned out to be more global, moreover, affecting the origin of the Horsemen themselves and the fate of their people – Nephilim (not from DmC).

However, the story does not save you from the main problem of the game – excessive protraction, which, coupled with monotonous locations (in the first part, they were replaced much more often), makes you want to quit the game in the middle. Originally posted by Samael: You have overcome many obstacles to stand here before me. But sometimes the hero dies in the end. Ask your brother.