Cricket Captain 2016 is a Sports and Simulation game for PC published by KISS ltd in 2016. Are you ready to show your cricketing skills?

New season of the most famous tournament of cricket has started. You should prepare yourself to manage everything perfectly on the playground. 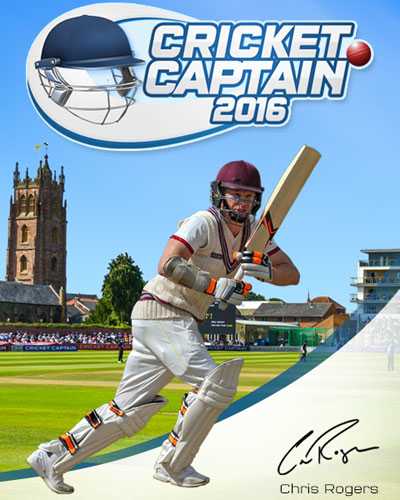 First of all, You need to do some training to know about the gameplay. If you’re a professional player, You can skip the tutorials. Then, You can create your own cricket team with real players. Cricket Captain 2016 includes hundreds of real cricket players. Remember that you can’t hire any of them without money! There will be some beginner players in your team in the first level of this game. The players have to train them to win some tournaments to earn money.

When you got enough money by being champions of the tournaments, It will be possible to make lots of changes in the team. It’s good to know that Cricket Captain 2016 is fully based on the reality. Each player in your team should be trained as well to play perfectly in the matches. If you have gotten top players by money, They need to be prepared for the tournament too.

If you have tried the previous version of this game, This new version will be much enjoyable for the fans of cricket sports. Cricket Captain 2016 is the biggest simulator of cricket games with a simple gameplay. Don’t miss the time for be the cricket champion again!