Crew 167 The Grand Block Odyssey is an Action, Adventure and Casual game for PC published by oddbreeze in 2020. Fight the visions on your head!

The game tells the legend of a star colonist who left for finding a new hometown. A lengthy effort and a cracked chip made the colonist mad. 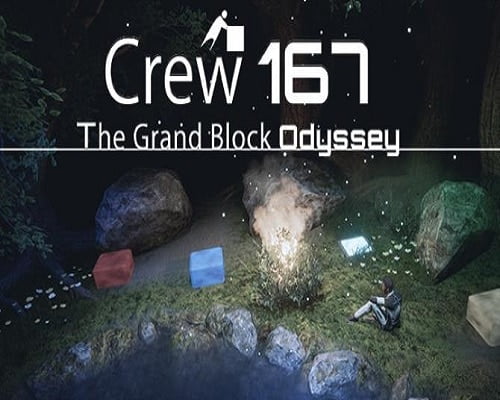 Delve into a psychological and atmospheric cinematic mystery as you solve puzzles in this block-pushing adventure. Crew 167 is the story of same-named character who finds himself isolated in the midst of an interstellar journey. His home planet, Source, is severely suffering from climate change and a backup plan is essential for his home planet’s survival. However, after traveling for over a century, the implant in his head has begun to show signs of malfunction and is starting to affect his mental health.
The gameplay resembles the game Sokoban (you need to move the boxes). Difficulty increases as you progress. You can move some boxes limited number of times (the picture on the boxes shows how many times it can be moved).
You get around 2-3 hours of gameplay depending on your solving skills. You also get to choose if you wan’t to go forward with the story or want to do harder puzzles (and taking longer time to complete the game). Now you can download and play this game for free in freegamesdl.

Free Space Game 21In Sreach Of A New Home Game 1