Crash Bash is a Party, Arcade, and Action game for PlayStation published by Sony Computer Entertainment in 2000. Party with crash friends.

Bash series made a big change in Crash franchise. A version that was made for playing co-op with other characters to get challenged more. 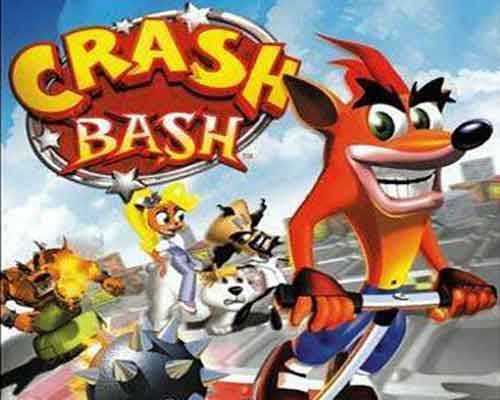 Crash Bash is the first game in the series not to be developed by Naughty Dog, as well as the last Crash Bandicoot game to be exclusively released on a Sony console. The game received mixed reviews from critics, who widely noted its similarity to Mario Party, but regarded it as an enjoyable multiplayer experience despite a perceived lack of depth and originality. The mini-games were determined to be varied but repetitive, and the graphics were appreciated for replicating the look and feel of previous Crash Bandicoot titles.

Crash Bash is a party video game featuring eight playable characters with differing powers and skills. The game’s storyline involves a contest of good vs. evil held between the twin witch doctor spirits Aku Aku and Uka Uka. The gameplay consists of 28 different mini-games divided into seven basic types with multiple variations each. Crash Bash includes multiplayer compatibility for up to four human players with the use of the PlayStation Multitap.

Crash Bash features three distinct modes of play: “Adventure”, “Battle” and “Tournament”. In the Adventure mode, one or two human players must win all 28 mini-games and retrieve trophies, gems and crystals by accomplishing certain challenges presented for each mini-game. The mini-games are accessed from a series of “Warp Room” hub areas, with the first Warp Room consisting of four mini-games. A trophy is won by achieving victory in three rounds of any given mini-game, after which the player(s) can return to the mini-game and receive a gem or crystal by winning one round under special conditions.