City of God I Prison Empire is a RPG, Simulation and Strategy game for PC published by Pixel Gangsta Studio in 2018. Get a great position in Pompeii Prison.

It’s the time to show yourself in this prison of Cirst City. You have to become the winner of this competition as a prisoner. 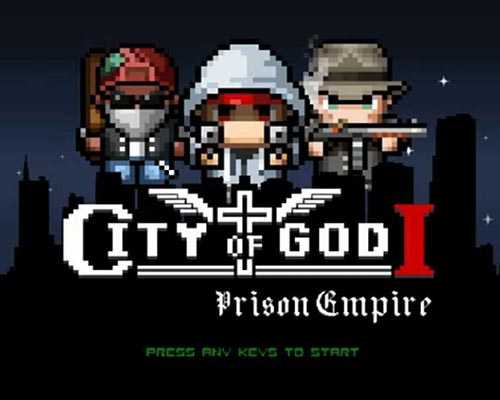 In 1984, Crist City passed the law about the private prison. According to the law, the government should “sell” the prison to the company which offers the highest price. At the end of 1994, you became a warden of The Pompeii Prison which is located in Black Cloud district. As a warden of a private prison, your responsibilities include making plans about the whole prison and solving inmates’ all kinds of problems such as power supply, waste disposal and prisoners’ need for food, water and accommodation.

As a matter of course, the prisoners are concerned about these problems. If the warden doesn’t provide leisure facilities, some prisoners may not focus on their work or even cause terrible acts which lead to riots, jailbreaks or suicides.

You can produce nearly 100 different goods from workshops which include drugs, Gatlin or even RPG. There are six main workshops (clothing, furniture, electric equipment, handcrafts, chemicals and firearms). You can sell those goods at the market and of course clothes and weapons are available for use.

Features of City of God I Prison Empire:

2 Comments ON " City of God I Prison Empire Free Download "