City of Gangsters is a Time Management, Simulation, and Strategy game for PC published by Kasedo Games in 2021. Manage them!

The game initially hooks us with its pleasant visual style and gameplay description. In fact, we are dealing with another Tycoon, this time – about the creation and control of your mafia family during the famous Prohibition. 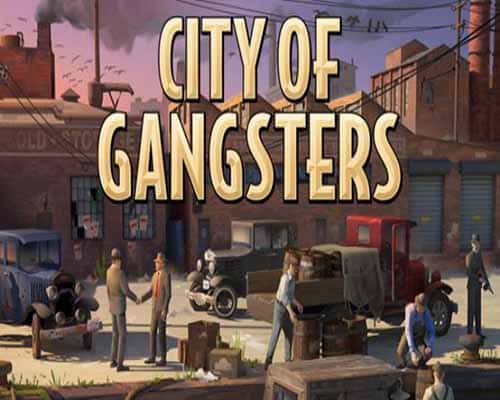 No full-scale wars and the recruitment of your own army – just business contracts, clandestine production, and definitely-not-bribes. And so we spent a dozen hours in the demo at the Steam festival and now we bought the game on release and spent 5 hours there without a breath. And now we are ready to tell you about it in detail. What impressed us: The hand of the Project Highrise developers is felt right away – a strict and aesthetically business-like interface that has a huge number of tabs and menus to have information about everything in general. And against the background, a well-mixed musical composition is playing, which quickly “eats” into your head and you stop paying attention to it.
The game is primarily built on a turn-based system. And fans of Real-Time gameplay may be scared off at first, but after a couple of hours of playing, you understand why this was done. All your subordinates have interaction points (with NPCs) and movement (by blocks). You do your business in real-time until the number of points runs out, and then “Finish your turn” and all the other NPCs, of which there is a sea all over the city, do the same.

Features of City of Gangsters: