Burgers is an Action, Adventure and RPG game for PC published by storm_sharks in 2015. Play as the leader of a German group of soldiers.

This group is sent to a small village to remove this area from the strange forces. Each soldier in your team has unique abilities that should get improved. 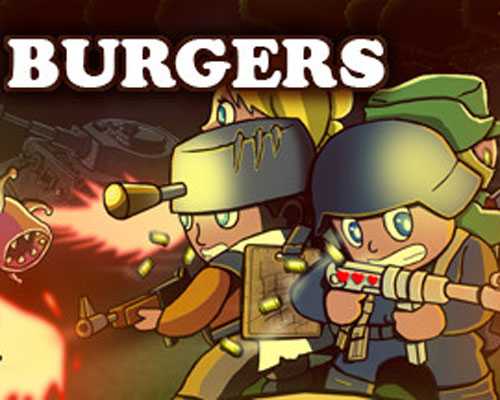 But you need to gain experience points by defeating the enemies to do the improvement. You will face hundreds of enemy troops on the battlefield. Sometimes, You even have to face the enormous tanks to reach the victory. It’s possible to shoot at the walking soldiers in the battleground. But you can’t do this for the tanks. So, The player has to get new types of weapons like Bazuka to win the battles. There are different kinds of weapons available on the store.

All of the characters’ appearance can be customized in Burgers too. You just need to earn some money to make the changes. Remember that you need to upgrade their skills before their appearance to be the winner at this game. Otherwise, You won’t be able to finish the levels successfully because of your low abilities. You may see odd creatures in this action adventure game. But you will learn how to kill them with the right weapon within some minutes.

There are also some missions for Burgers that give the players extra money. Arena mode is another enjoyable part of this game. It will be unlocked when you reach high scores in the levels. This mode also gives you better money.