Boulder Dash 30th Anniversary is an Action and Casual game for PC published by FIRST STAR SOFTWARE Inc in 2016. Ready to dig again?!

It’s about thirty years that the old gamers have experienced this title on different consoles. Now, The same developers have remade it for the fans. 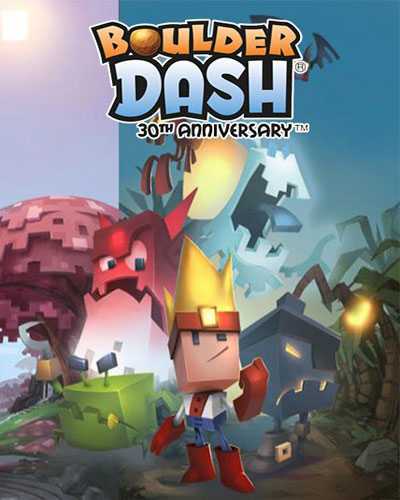 If you want to collect the valuable gems in the mines again, You should get ready to dig hard. You will dig in the new environments with better graphics. There are extra worlds and levels in this version too. Boulder Dash 30th Anniversary includes 220 levels in eleven worlds in total for the players. You can also change your character between ten choices. Each character has unique abilities for finding the treasures under the ground. That’s why you have to choose the character carefully.

You can use explosives such as dynamites to dig faster in Boulder Dash 30th Anniversary. There are other types of items that will help you finish the levels much easier. But they can be used for limited times. If you really don’t need to use items to continue your way, It’s better to don’t waist them. This remake version also includes new animations to make the game much enjoyable than before. If you’re a professional player, You shouldn’t miss hardcore mode!

Time is so much important in this action casual game. Each level of Boulder Dash 30th Anniversary has specified time. The players have to finish the levels in their right time. Otherwise, The level will get started from the beginning!