BalanCity is a Simulation, Strategy and Casual game for PC published by Souvegames in 2016. Build the tallest towering city in the world!

The taller city you build on the sky, The more population you get. It’s not that much easy to place the cubes on the cubes. 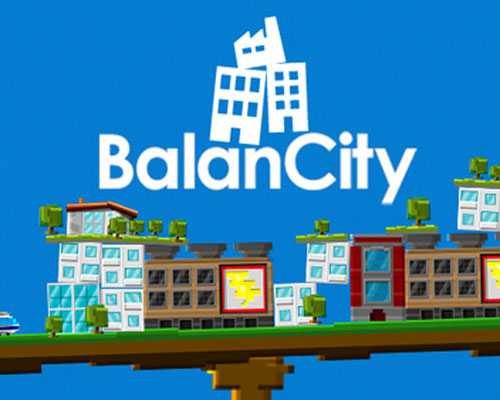 Actually, This game is fully based on the physics. While you’re trying to put a cube on the other one, You have to pay attention to the balance. Your towering city won’t include only houses. You can build offices, airports, residences and even train stations on it. In some cases, Natural disasters may be really dangerous for your city. For example, When an earthquake happens, The buildings may get damaged hardly. That’s why you need to focus on your job as well.

You won’t have unlimited resources in BalanCity. That’s why you should build the buildings by priorities. When you get more population by building new houses, Your working forces will be increased. They need new jobs to earn money for you. So, You should create new job opportunities for them. This the the way that you can expand your business in BalanCity. Your people need some places for entertainment too. Create this type of buildings to increase your popularity.

This an Early Access version of BalanCity which is in developing level. If you want to experience the final version, You should wait about one year. The final version will be released on 2017.