Adventures of Dragon is an Adventure and RPG game for PC published by Tuomo’s games in 2018. A funny game with important messages for personal growth!

A funny game at which a dragon that hates humans and ends up working with a hermaphrodite human. 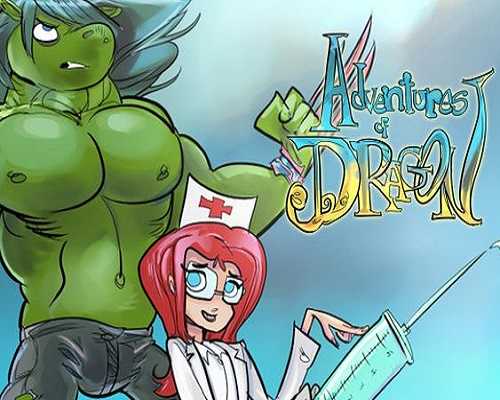 Adventures of a Dragon tells a story about tolerance, acceptance, and personal growth. Fun and playful humor guides the player through an amazing tale, which brings the main character to make discoveries about their sexuality, personality, and the concept of redemption. They must make choices that impact the ending of the game, some of which lead to one ending, which allows the player to become immersed in the world of the game. The distinctive personality of the main character lets the player empathize with their struggles, both physical and emotional. This makes the game much more immersive and helps the player to better understand their character.

T is a dragon, one who passionately hates humans. He wants nothing more than the destruction of every human, and with good reason. All of the other dragons are gone, dead at the hands of humankind. T is the last dragon, and his entire species will be extinct when he is gone. An angry, swearing alcoholic, he cares for no one but himself.

He accidentally gets involved in something much bigger than himself or his problems, something that could mean the destruction of the entire world. Suddenly, T is the only thing preventing the extinction of the human race. He is faced with a choice that should be easy, to avenge the murder of his race or to save humanity. The choice is not as easy as he thought it would be…

Features of Adventures of Dragon: